If glass carries its own limits within, it is also true that these limits paradoxically have no end. Calcedonio offers the most expressive illustration of this fact: it is a dark and opaque vitreous material, characterized by the infinite variations of its nuances, which not even the most skilled of masters can predict. This is a recipe based on silver nitrate and other ‘secret’ components, invented in the fifteenth century and long forgotten; it was rediscovered in the twentieth century and owes its name to the chromatic richness that is reminiscent of calcedonio quartz. Oscar began to experiment with it several years ago, fascinated by the impossibility of a totally controlled and predictable, though always astounding, result which “could be achieved no other way, not even by mixing all the colors in the fire. The chromatic variety is perhaps more similar to what a painter might achieve, but I believe that no other art has a palette similar to calcedonio in a single material”.

Oscar prefers to let the color speak for itself, and thus he favors ample forms and flat surfaces for this glass, often combining the calcedonio with transparent glass which allows him to fully capture and intensify the variations on all sides. Such is the genesis of forms like the boats or ballerinas that stretch out and extend into space, the ribbons whose curls and folds seem to pursue the endless nuances in the glass; figures of animals, such as seagulls with their wings spread to sustain one another, or rays whose bodies seem to reflect the light that filters under the surface of the sea. Or again, abstract forms that multiply the reflections, spirals suspended like dancing creatures, balancing acts of points and spheres; or couples of lovers, and women gathered unto themselves, as if to contemplate their own glass substance. 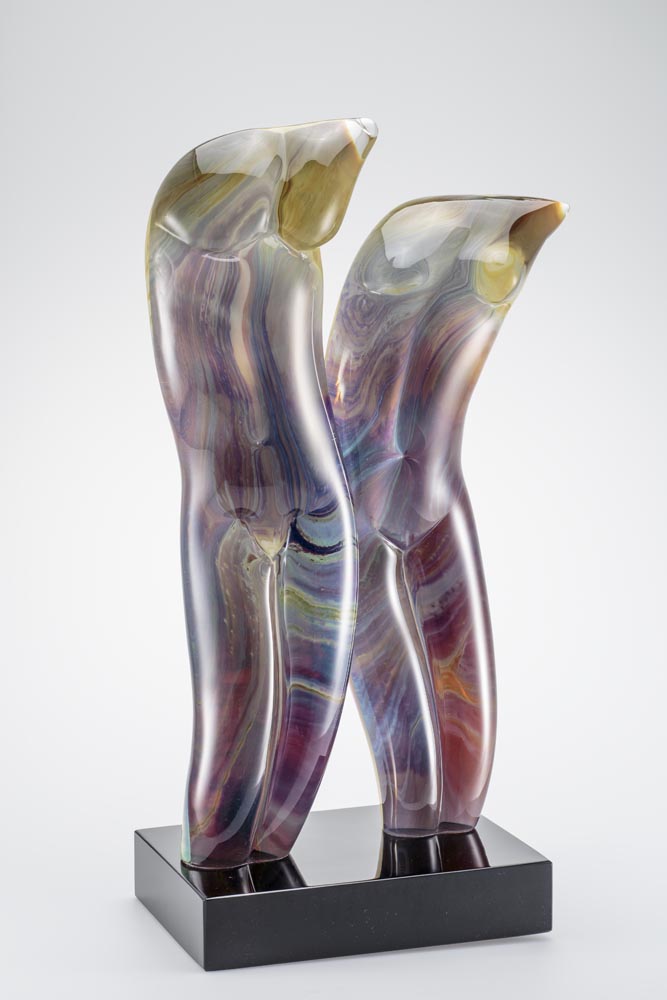 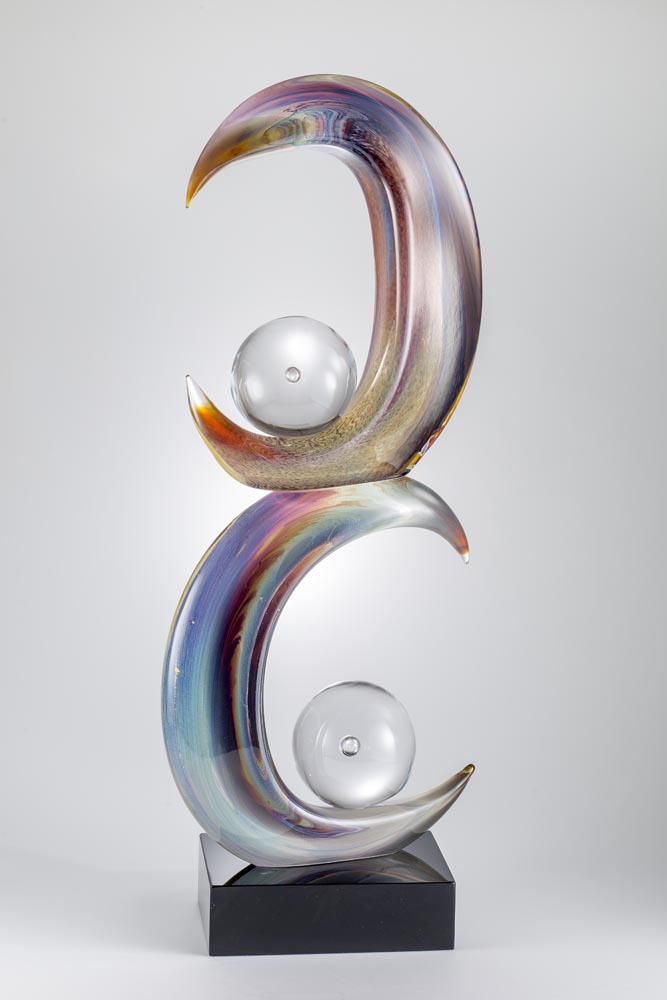 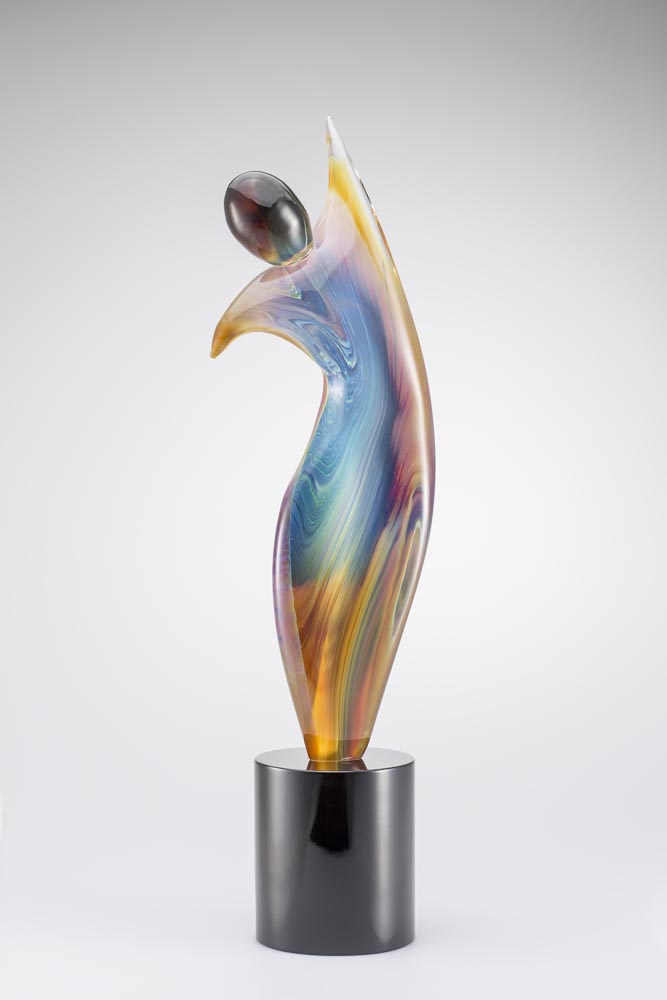 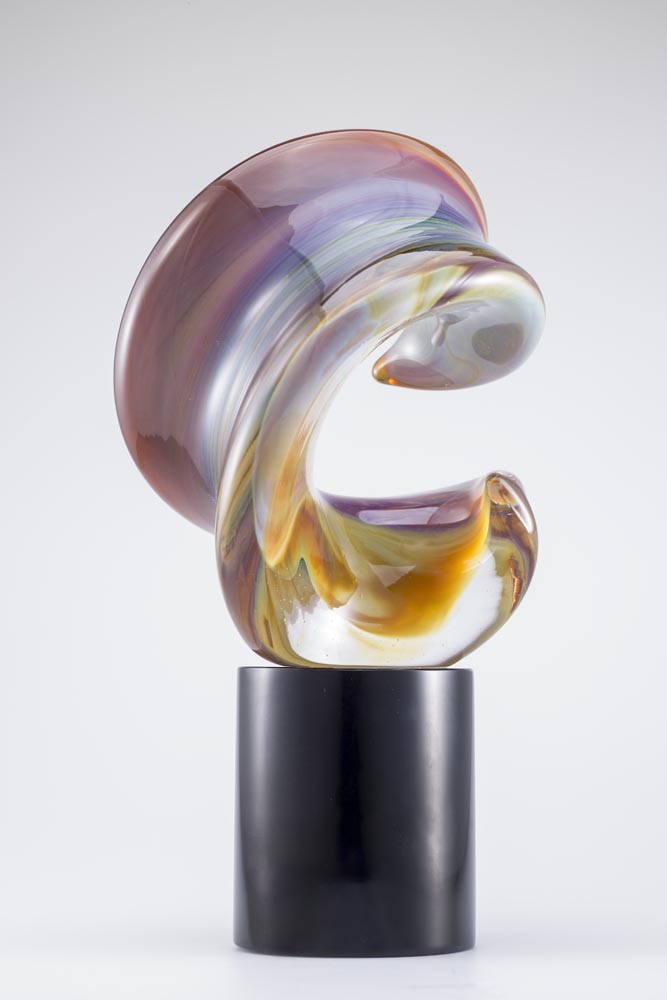 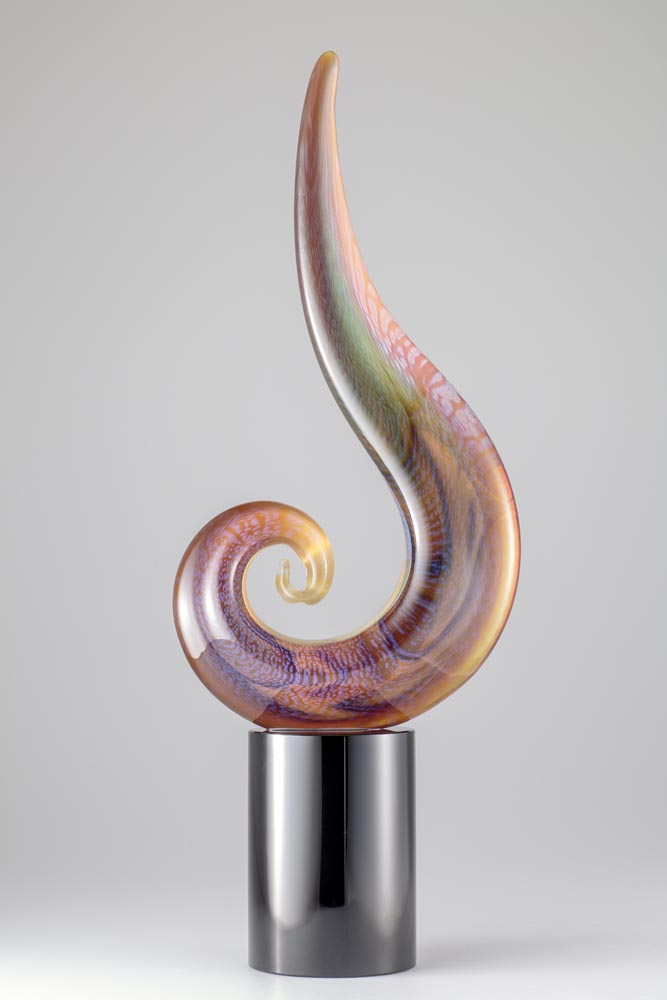 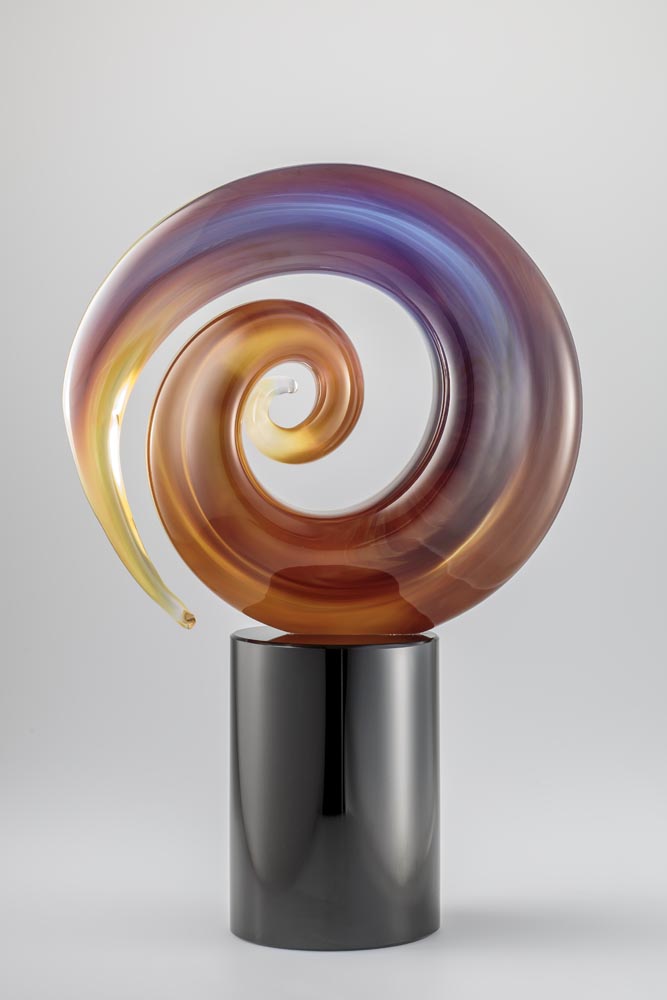 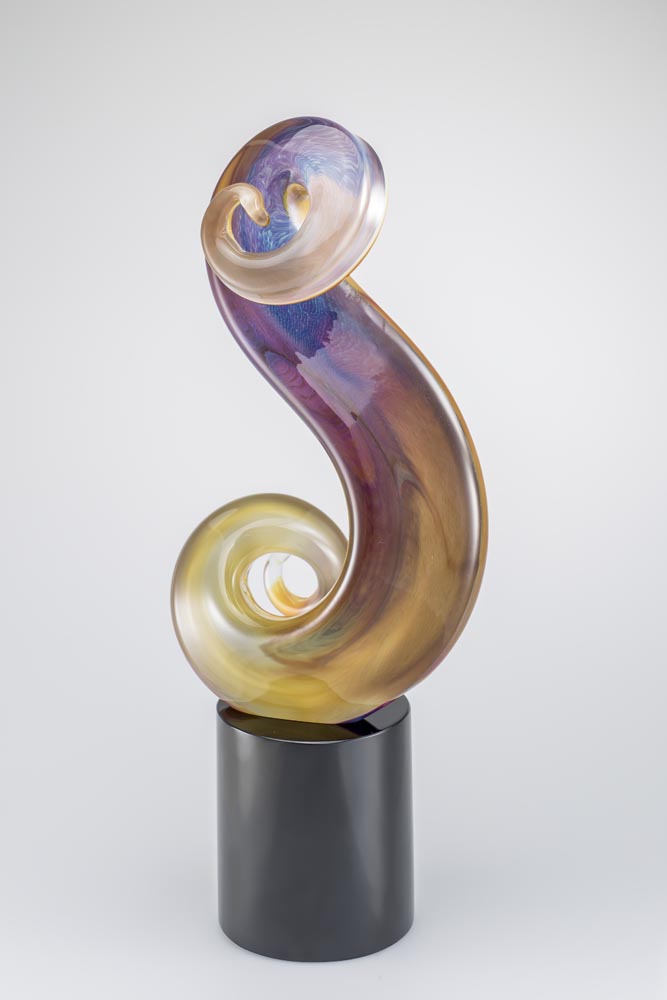 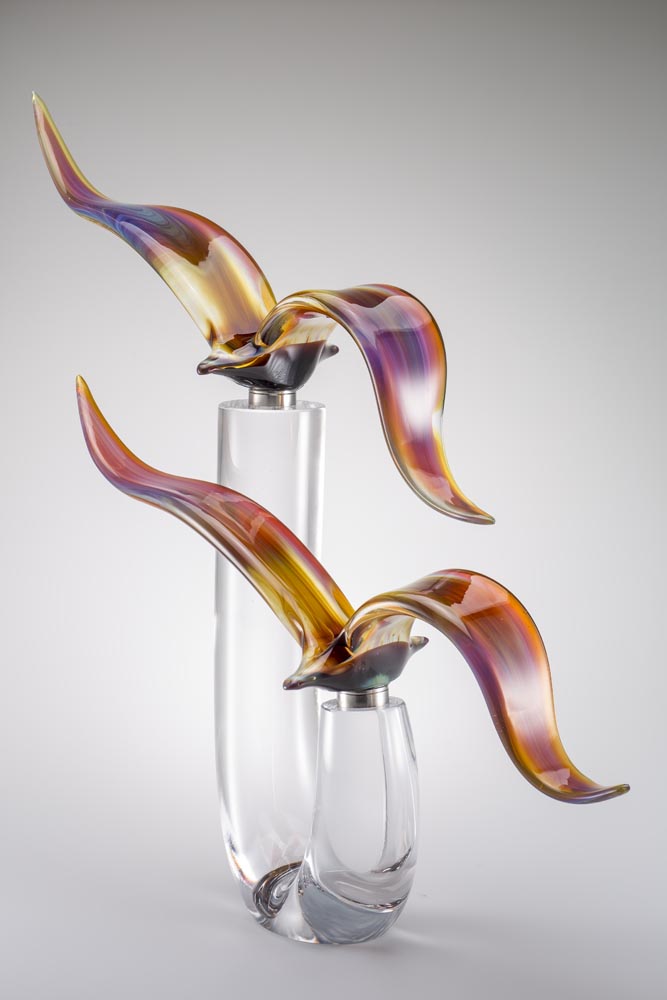 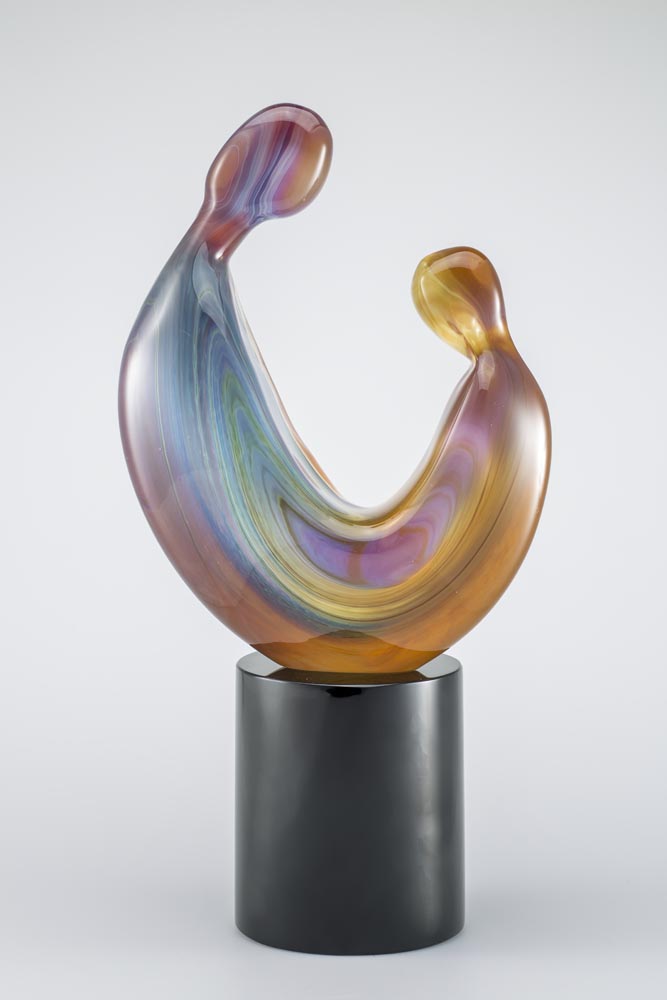 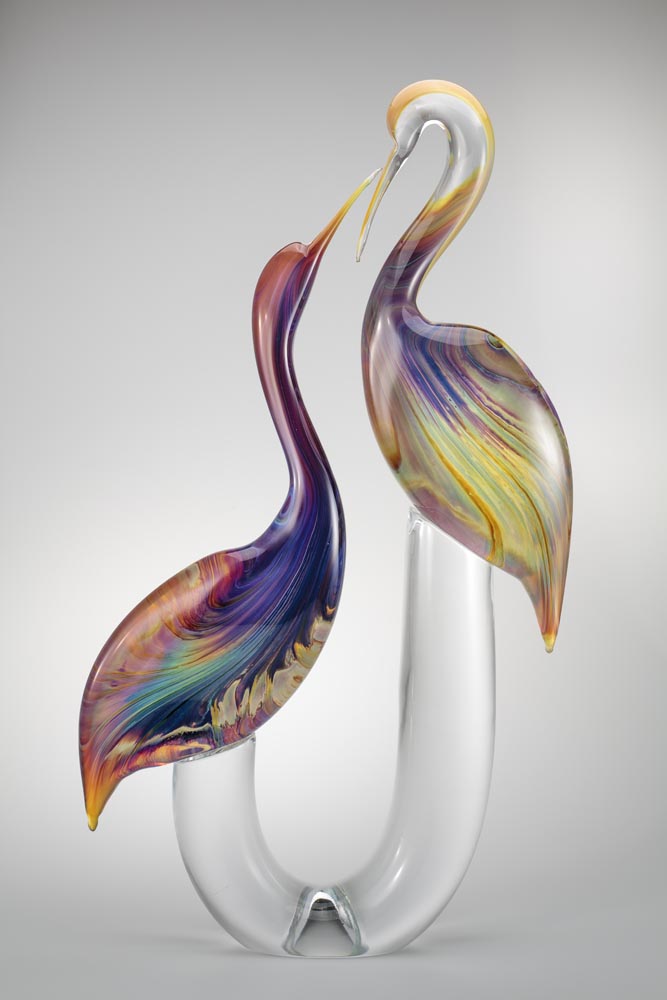 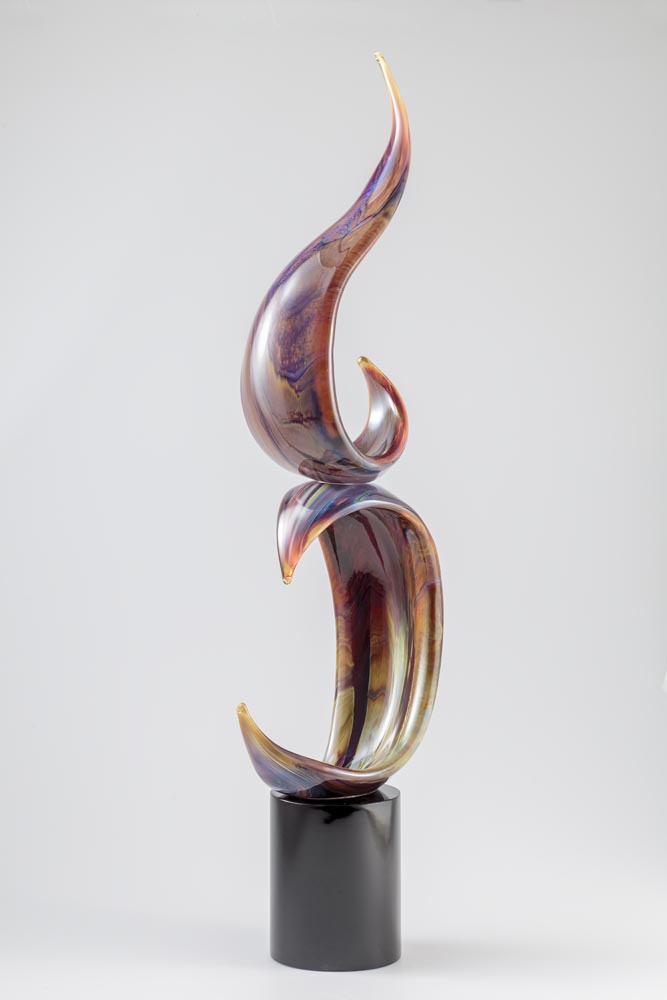 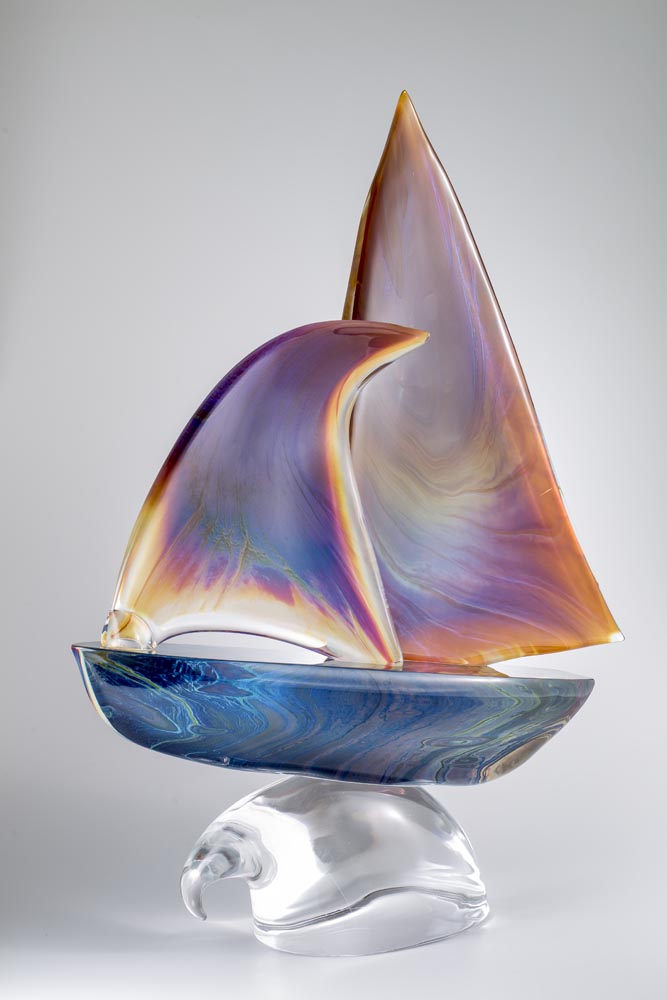 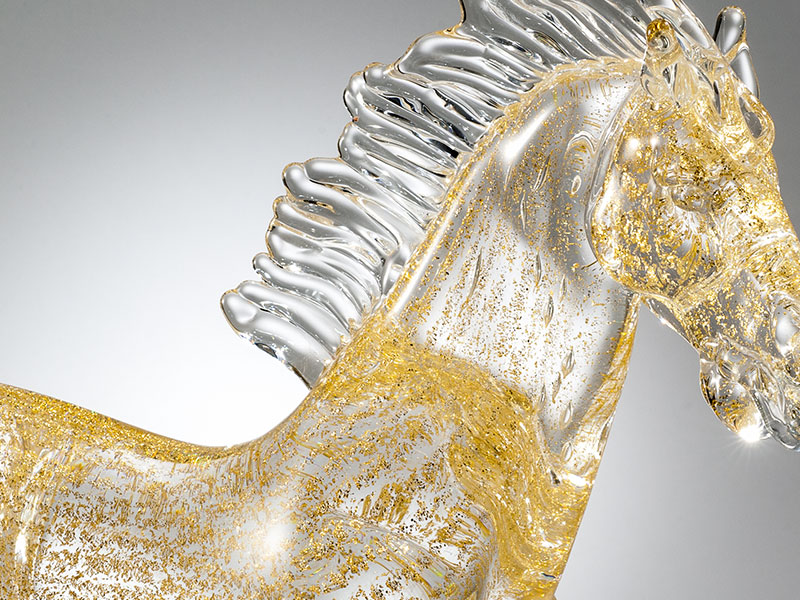 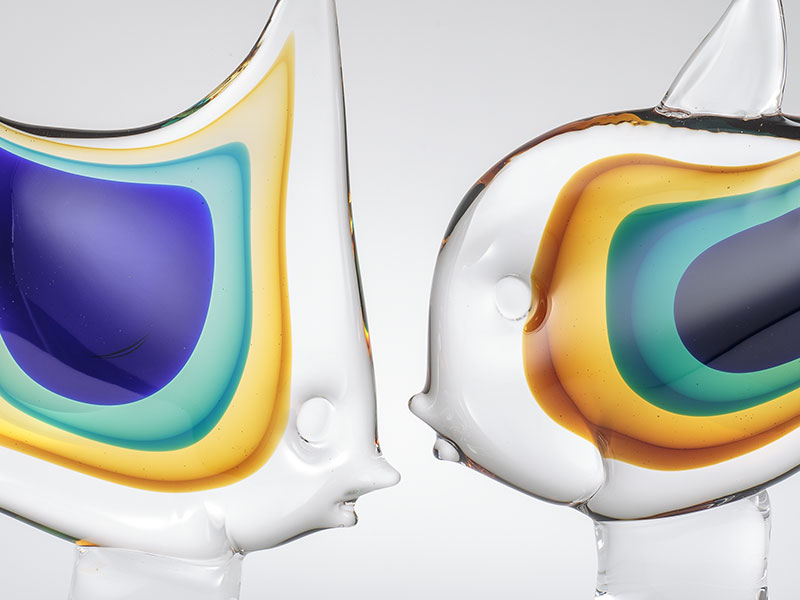 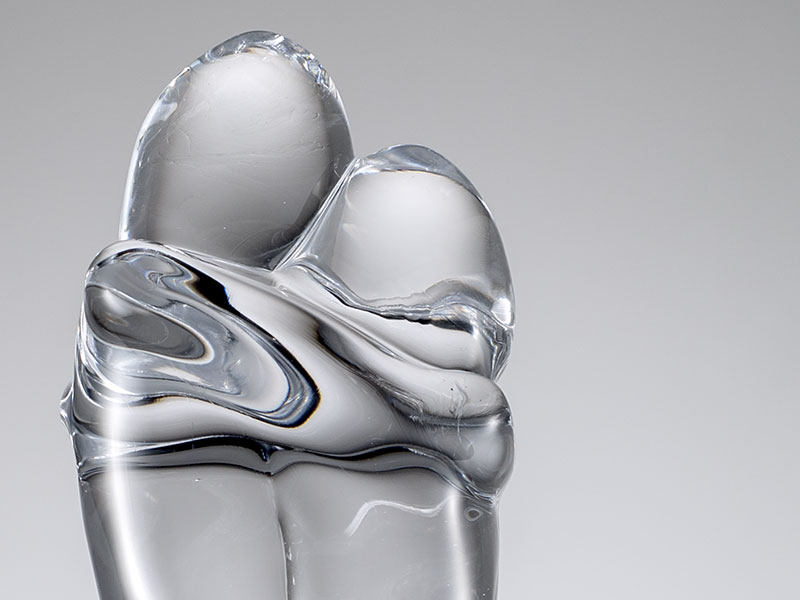 From a very early age, Oscar revealed a natural inclination to create and to shape; glass provided… 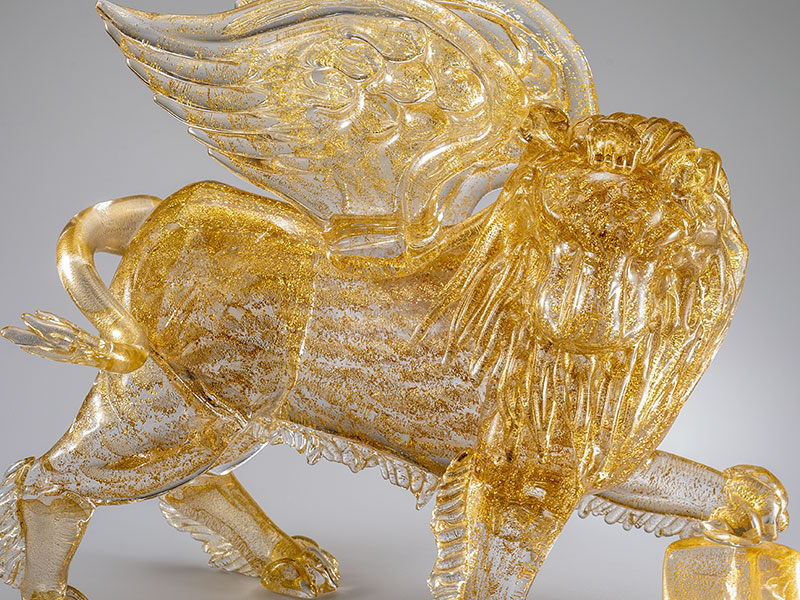 Animals constituted one of young Oscar’s first contacts with glass, when he began his experience…

It seems impossible to imagine anything more precious than crystal with gold trapped inside,…